A friend of mine asked me back in January how my courtyard was looking these days.  It was quite a timely question because another friend of mine had recently paid some students to do a massive clean up of her backyard and I had looked longingly at her very tidy garden and wondered what it would cost to get someone in to tidy up mine.  So I told the friend who asked after my courtyard and I told him what my other friend had done, he offered to do the same as he was currently between jobs and looking for something to do.  The next weekend he came round to have a look at what was involved and guestimated what it would cost.  Done deal!

So here is the before pic – a bit overgrown but looking very lush.  I really just wanted the Leaning Tower of Yucca to be chopped down and get rid of all the wild bromeliads in the corner.  My friend recommended water-blasting, repotting and planting some stuff in to the small strip of dirt at the back.  Ok! 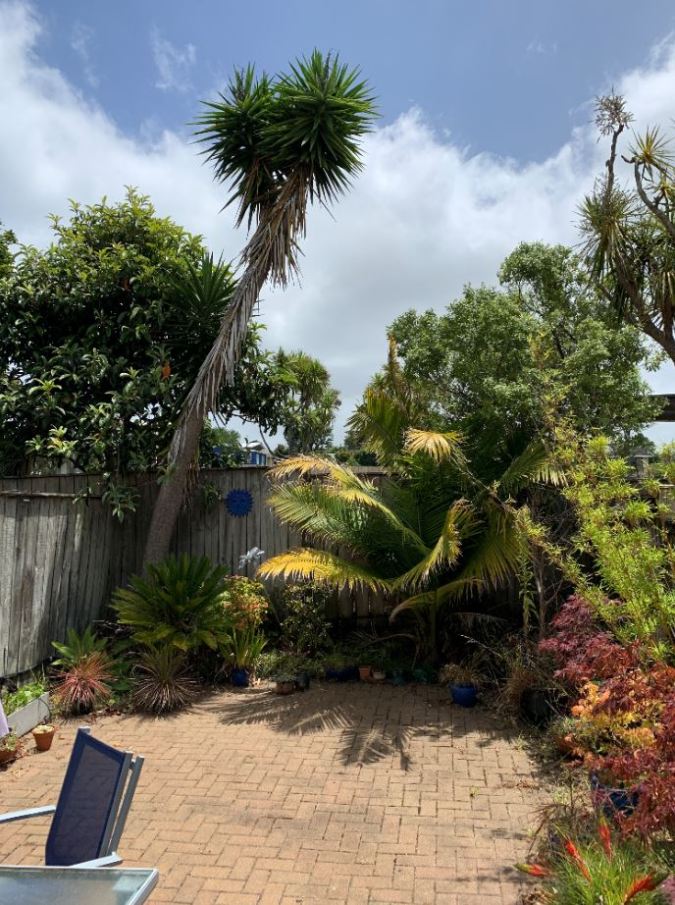 Thursday the 6th of February was Waitangi day so my birthday holiday had officially begun and my friend turned up to get stuck in, another friend decided it would be fun to join in (she’s crazy).  So here they are trying to chop down the massive yucca with a very small handsaw! 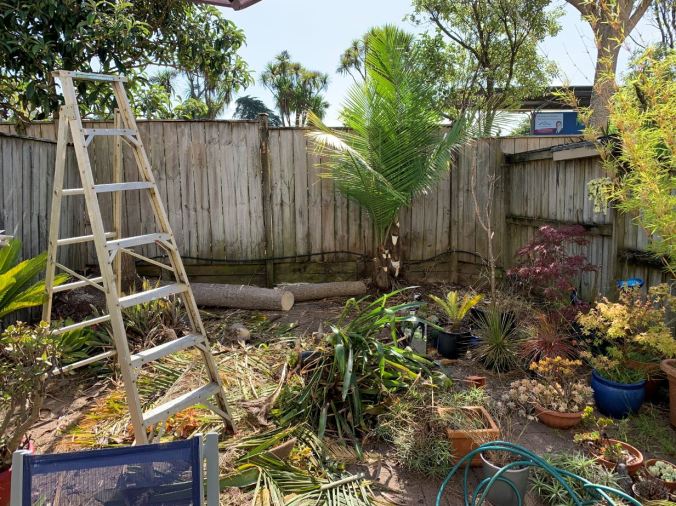 I wasn’t feeling very comfortable about it looking like a tornado had swept through, but by the end of day two I was loving the new garden and even thought the yucca looked kinda cool where it was laying waiting to be removed, so I suggested we leave it there, as it might act as a garden edging and stop mulch and soil from ending up on the cobbles. 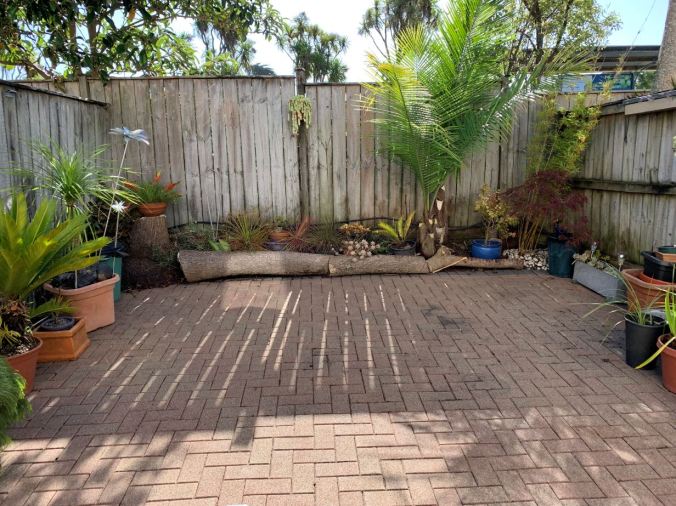 My friend dug a massive hole which took hours big enough to plant the bamboo and we hoped it would survive the transplanting.  (I’m pleased to report that a month later not only did it survive, but it’s thriving and no less that 5 new shoots have appeared.)  This leant itself to the creation of a little Japanese corner. 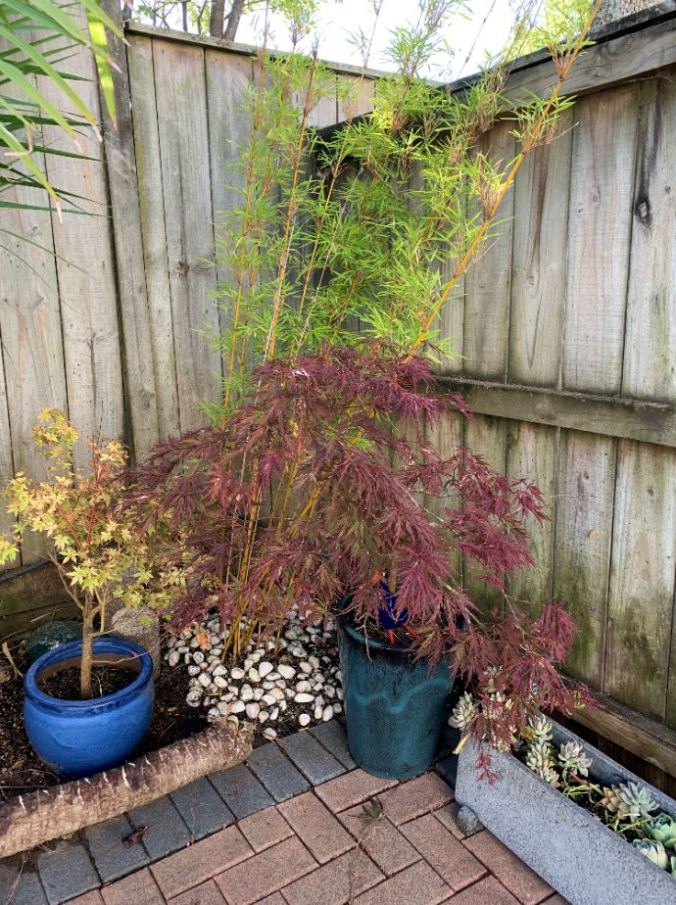 After the water-blasting the whole backyard looked brand new and I love it. 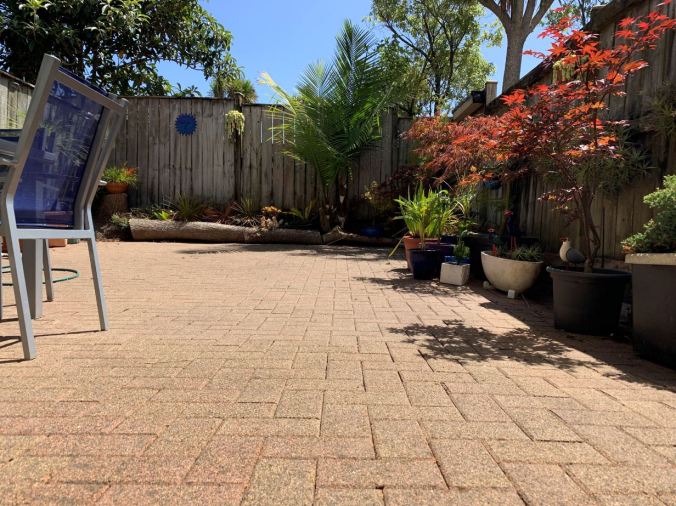 Even the frangipani did some late blooming to add a beautiful finishing touch. 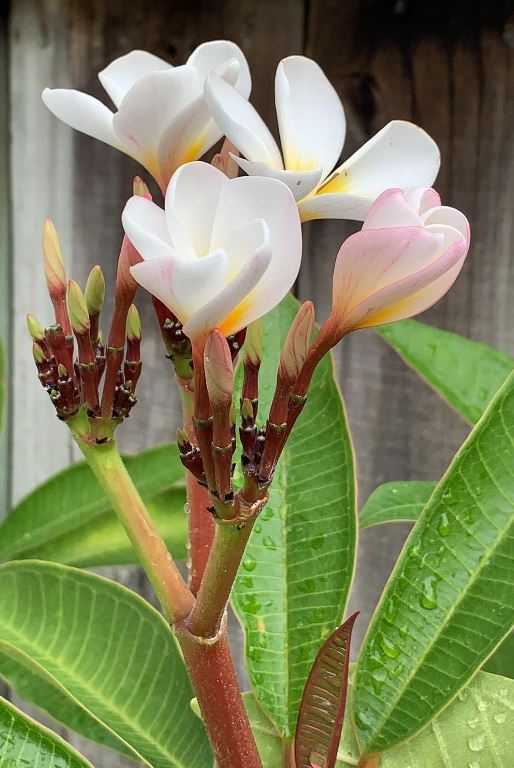 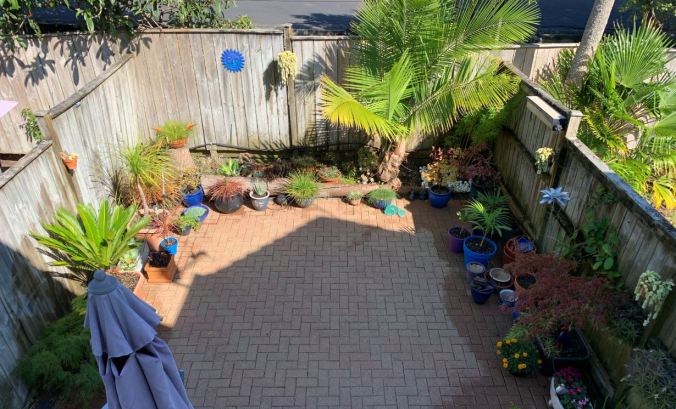 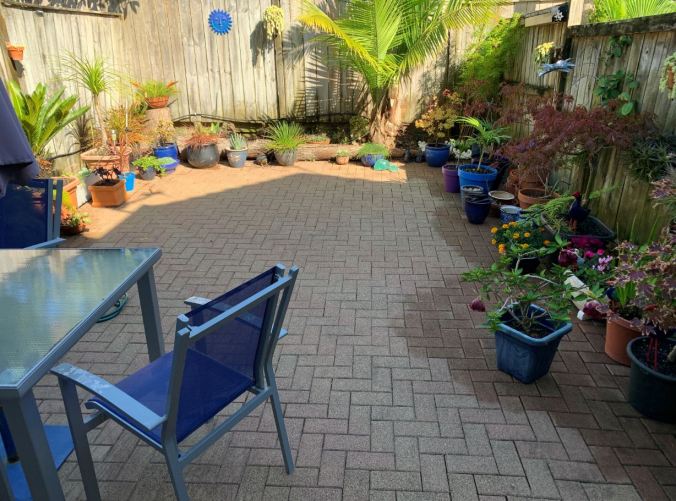 The timing of the work on my courtyard could not have worked out better.  As we are now in lockdown my backyard is the only place I’m allowed to go, so I get to enjoy it every day for a lot longer and much more regularly than ever before.

One thought on “My Garden Makeover”